Jonathan Lam, of Framingham, has been awarded the Foster Furcolo Scholarship. Lam began his academic journey at MassBay in fall of 2017 and has earned a spot on the Dean’s List every semester, while working full-time and attending classes full-time. After high school, it would be nine years before he would come back to the classroom, but he flourished in his courses despite his busy schedule and connected with faculty members who “listened, taught, and shared their stories and experiences with me. Earning this scholarship would not have been possible without the constant counseling I have received from my loving professors,” said Lam.

Growing up with a daily fear of gangs and drug dealers in New York’s Lower East Side, he was raised by a single mother, who escaped a physical and mentally abusive relationship. Lam saw his mother struggle with mental health, and the stigma of seeking a therapist for help, affecting their lives. The pain of his parent’s separation impacted him greatly, until he attended therapy, which helped him learn to cope. He decided to use his education to pay it forward. “I want to help children understand that when their parent’s fight, it is not their fault. The fighting is not a reflection of who they are as a child and they should not bear the responsibility of that burden,” said Lam. “The Foster Furcolo Scholarship will help me focus on my education at UMass Boston and allow me to work towards my degree in psychology, so I can help people who have suffered like my mother and me.”

Lam is a member of the Psi Beta Honor Society and the Phi Theta Kappa Honor society. He completed his certificate in Human Services in fall 2018, and he will graduate with his Associate degree in Psychology and Sociology with a GPA of 3.98. Lam will attend UMass Boston this fall to pursue a Bachelor’s degree in Psychology. His long-term goals include earning his Master’s degree in Social Work and working directly with children. 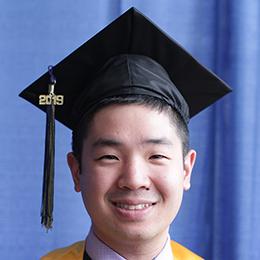