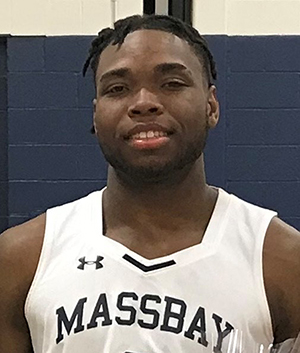 “I am very proud of both Javaris and Marshall, and thrilled to see that their hard work this past season was recognized by the other coaches in the league who vote on these awards,” said MassBay Director of Athletics, Adam Nelson. “They are great representatives of MassBay both on and off the court, and these honors were well-deserved!”

Javaris Hill, a 2017 graduate of Lynn English High School in Lynn, MA, played his season freshman year at UMass Boston as a starting forward. He was the second lead scoring player on the team, averaging 12.6 points a game and led the Little East Conference with a 63.6 shooting percentage. This season, his first year as a MassBay Buccaneer, he was a starting forward and led the team in scoring, averaging 19.9 points per game. Hill was ranked ninth in the National Junior College Athletic Association (NJCAA) Division III Region 21 with 8.3 rebounds per game and shot 67.8 percent from the field, ranking him second in Region 21 and fourth, nationally. He scored a season high on November 14, 2019 with 33 points against UConn Avery Point. Hill, a team captain, will transfer to Benedictine University Mesa in Mesa, AZ and has signed to play with the National Association of Intercollegiate Athletics (NAIA) Division II Men’s Basketball team. He will begin at Benedictine University Mesa in fall 2020. 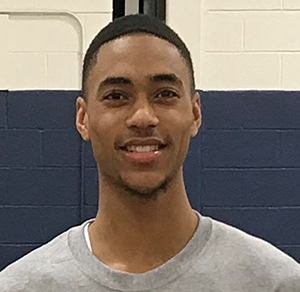 Marshall Martin played two season with the MassBay Buccaneers as a starting guard and averaged 15.1 points and 7.9 rebounds per game. He currently ranks second, nationally, in the National Junior College Athletic Association (NJCAA) Division III with a 3-point field goal percentage (54.1). Martin was also a team captain for the men’s basketball team. He will transfer to Kentucky Christian University in Grayson, KY and has signed to play with the National Association of Intercollegiate Athletics (NAIA) Division II Men’s Basketball team. Martin will begin Kentucky Christian University in fall 2020.

MassBay Community College is ranked by the Brookings Institution as one of the top schools for value added and earned salaries in the workforce. Ranked #1 for two-year colleges in Massachusetts, #2 in New England, and #16 nationally. The College’s facilities in Wellesley Hills, Framingham, and Ashland house day, evening and weekend classes that meet the needs of degree-seeking students and career minded lifelong learners. Online options provide convenience and allow faculty to facilitate the learning process. Since its founding in 1961, MassBay has been accredited by several governing bodies and strives to meet the needs of the diverse local communities it serves.