Recent MassBay Community College graduate, Shatki Katheria, was born and raised in India. He came to the U.S. in 2012, which was challenging for him, due to the differences in culture. He couldn't immediately start his higher education at a four-year university right away because he didn't have SAT scores or any of other admissions requirements.

His cousin recommended MassBay Community College to him, so he came to MassBay in the spring of 2013 and started his studies in the biotechnology program. He continued in biotechnology for a year and a half and left school when he got a job working in biotech at Newton-Wellesley Hospital. He was working more than full-time, about 50 to 60 hours, as well as part-time at Home Depot.

Because he was working 60 to 70 hours a week, it was difficult for him to return to school to finish his degree. He worked in the biotech field for about two and a half years, but lost interest in the work because it wasn't challenging enough for him. He came back to MassBay in fall of 2017 and this time enrolled in electrical and computer engineering.

What he enjoyed most about MassBay was the flexibility and ease of his schedule. When he was working full-time, he was able to take classes both online and evenings, while still choosing to be either a part-time or a full-time student. He appreciated the great teacher-to-student ratio, which enabled him to have better access to his professors to explain material he didn’t understand.

When he returned to MassBay, he had a vision of completing his degree then going to UMass Lowell. At the time, he thought, that was the most affordable college for him, as well as the ease of transferability to a state university after completing his associate at MassBay. However, in January 2018, one of his engineering professors, Marina Bograd, told him about the S-POWER Scholarship. The S-POWER Scholarship is offered to students with his major, or something similar, who plan to continue their education in an energy field at a four-year institution and awards $1,250 for one semester. He received that scholarship and ended up at Northeastern University. 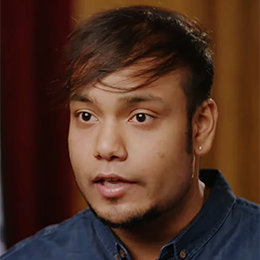