As deputy chief, he managed the daily operation of the police department, where his duties included grant writing, conducting internal investigations and supervising the bureau of criminal investigation and juvenile services.

Scott Bushway was the first designated civil rights officer for the agency and as such, completed specialized training in recognition and investigation of hate crimes.

Much of his career was spent in the detective division, investigating robberies, burglaries, assaults and other incidents.  He has testified in district courts, superior courts, federal courts, and before the grand jury.

He has taught criminal justice classes at several area colleges for many years.

After retiring from policing, Bushway became the Homeland Security Interoperability Coordinator for the southeast region of MA, specializing in communications interoperability and terrorism preparedness.

Bushway holds a Bachelor of Science degree in law enforcement from Western New England College and a Master of Arts degree in criminal justice from Anna Maria College. 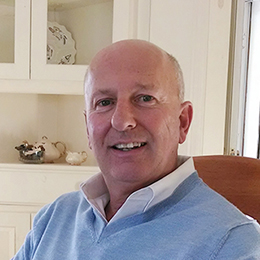